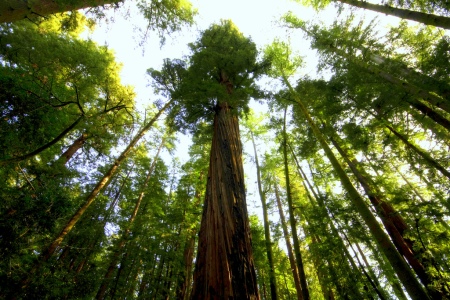 If you go to moneysupermarket.com or any other aggregator, you’ll be faced with pages of potential search results to choose from.

So what’s the difference between them all?

Clearly, there’s the headline rate of course, but usually it comes down to some sort of rough mental equation in which you try to – not very scientifically – trade off an interest rate with other so called “benefits” such as instant access, upfront bonuses or the opportunity to manage your account online, via the branch or using a host of other “same but different” channels.

In reality, when you choose a savings account from a mainstream bank, the security of your cash is not at stake, all that really matters is the interest you receive vs. the amount of time you have to lock up your cash for.  Additional account benefits might tempt you, but really, there’s often not much substance behind the headlines.

The one thing that might actually sway the debate and be worth paying for – outstanding customer service – is the one thing that’s notoriously difficult for big organisations to excel at, and so, instead, many financial organisations persist with trying to “invent” ever smaller points of differentiation between accounts that are actually pretty much identical.

Of course, that swells the number of accounts on the market as everyone is trying to tweak product terms or benefits to appeal to that new, or more profitable, niche. This, in turn, means that banks have to dedicate time and resource to faithfully monitoring the competition.  Bank staff get more and more short-sighted as they get overwhelmed by miniscule differences that become internally important but hardly matter to customers at all.

According to Youngme Moon, the Harvard Business School professor who wrote Different.  Escaping the Competitive Herd this often happens in sectors that are hyper-mature, where product choice has grown exponentially over time.

Somehow, it gets to a point where even differences just make products look the same and “even the most frequent buyers stop believing that comparative diligence is worth the effort.”

Yesterday, I posted a response to Nasir Zubairi’s article on new finance, a post which heralded the role of new entrants such as The Currency Cloud, Transferwise or Holvi in shaking up financial services, disrupting the status quo and blazing a trail through customer apathy.

Zubairi raised the question of why more customers don’t vote with their feet and switch banks?

I think it has a lot to do with this idea of “category blur” that Youngme Moon describes. When all of the players in a certain field start looking the same, no-one can be bothered to take much notice any more.

In Moon’s words, “what all of these segments have in common is that they are made up of folks whose affection for the category has dissipated over time, replaced by some combination of indifference, confusion and cynicism.”

Indifference, confusion and cynicism – surely those three words sum up the British public’s attitude towards the entire banking system, especially if you throw in a little bit of frustration and rage.

For reasons that have been well documented, the level of trust and affection for banks is at an all time low.  But, actually, banks are really important.  Business funding is really important.  Getting the business loan you need to expand really matters.

It’s time to forget the past and move on, but that involves giving people something genuinely different to compare… and that’s where new finance, crowdlending and peer to peer lending comes in.